More than a biography, Walter Isaacson’s Steve Jobs is a cultural phenomenon. It was the best-selling book on Amazon in 2011 and it has continued to sell. A movie will follow. It is a well-written and well-researched work. Steve Jobs has entered our collective consciousness, just like its founder and Apple. Understanding how that happened is a obvious pull. Who isn’t intrigued? Referencing the book, as I have learned, is a reliable way to generate conversation. Everyone has an opinion about Steve Jobs. 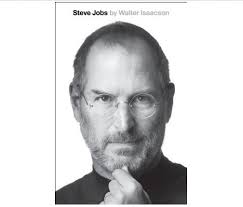 Unfortunately, for me and most of those that I have talked with, reading Steve Jobs was far from a pleasant experience. It can be downright grim. There is little joy amid Jobs’ many accomplishments. Granting Jobs his business genius, we are left with a thorough study of a manipulative, sometimes cruel, and driven man whose primary passion outside of his company was Bob Dylan and Zen philosophy. Jobs made an unlikely Buddhist.

Many biographies turn out to be studies of morality and character. Others biographies are windows into a life and lifestyle. Celebrity biographies often follow this format – we are curious about those that we idolize. Isaacson’s book satisfies on neither front. Jobs was not a particularly good or moral person. Further, his lifestyle was not that interesting. While he met many fascinating people, it is to tell if he had any significant interactions outside of business. In many ways, the primary legacy of his Zen pursuits was an indifference to how he lived. The result is a striking absence of vicarious happiness in reading about Jobs’ accomplishments.

What remains – and here is the value of Isaacson’s book – is a powerful examination of the intersection of information technology, consumerism, and popular culture. The business genius of Jobs was the integration of these powerful arenas. It is a history that we are living every day. Isaacson offers a human but privileged perspective from which to make some sense of it all.

Technological used to take time to reach the public. Decades elapsed before Bell’s telephone or Edison’s light bulb was in American homes. The marketing, communication, and distribution networks were not robust. During periods of discovery and development, technology could evolve along with public reaction and understanding of it. The speed of innovation, distribution, and adaptation today is tremendously shorter. It is extraordinary how quickly we discover, adapt, saturate, and discard. The closing of Blockbuster stands as a great example – from thousands of stores a few years ago to none in 2014.

Jobs’ successful products made technological innovation attractive to many. He had a talent for designing, packaging, branding, and rendering. Jobs’ ability was not something that he could explain in words. Isaacson, too, struggles to capture what it was about Apple designs that made them so special. It was Jobs’ good fortune to be in a location and at a time when that talent could take the engineering and computer science skills of others and marry them to popular consumption. It is a strange talent that has left a powerful – and problematic – legacy.

Accelerating Democracy – From a Governing Perspective

John O. McGinnis, professor law at Northwestern University, has faith in democracy, empiricism, and technology to improve governance. His latest work, Accelerating Democracy: Transforming Governance Through Technology, provides an overview of the ways in which democratic government can use and respond to technology. He is mot concerned with claims about how democracies should use and respond to new technology.

Driving the work is a serious question: how do democracies make and evaluate decisions? How can they do so more effectively? McGinnis identifies the ever-increasing importance of the social sciences and new technologies to answering that query. For us to live in a rationally governed world, it is essential that we have an understanding of the consequences of policies and choices. New technologies permit more sophisticated questions and answers. We can now do this quickly and efficiently.

McGinnis calls for more experimentation. He wants a revival of federalism with multiple pilots. He identifies great value in more information, more readily shared and assessed. In addition, McGinnis emphasizes the values of predictive markets. Technology can make all of this possible. However, McGinnis does not advocate for a technocratic élite. His aim is about harnessing the social values inherent in new technology.

New technology, particularly analysis of big data, can lead to smarter decisions. Businesses use it well. However, I am not confident that public policy preference is grounded in efficiency.  We often make decisions reasons that are less effective and less rational. There is also great potential within dispersed communication (social media) to disrupt government and rational decision-making. Democracies do not always move toward greater democracy.  McGinnis, acknowledges bias but believes that technology and greater information can be a corrective.

McGinnis’s vision rings true within the world of public policy and administration. Data and empirical information has the nagging habit of getting in the way of suppositions, biases, and predetermined plans.  Officials and leaders who use new technologies can and will be more effective because they will notice this. Happily, these are also the people most likely to read Accelerating Democracy.