I have a confession. When told that I must read a book or see a movie, my instinct is often to go in the other direction. “Yes, yes,” I will probably say while inwardly compiling a list of all the other books and movies I simply have to get to first. It is irrational, I know, and is likely a reflection of stubbornness and a deeper character flaw – obstreperousness.

I do, however, I seek and savor the recommendations of others. I want to know what you have read and seen. What brings out my mule-like tendencies is special combination of  hype, popularity, and an unwelcome moral imperative. Are we bound to all see the same cultural production? The problem is worse with book-movie combinations, the full cultural tsunami.

Consequently, there are significant gaps in my familiarity with popular culture. I have never seen more than 6 minutes of the Game of Thrones. I don’t know why the Gone Girl isn’t there anymore. For a while it seemed if everyone was talking about Shades of Gray. I noticed many copies at the bookstore and the title on cable TV, but that’s about it. From reviews I know that it is about sex and bondage and is poorly written – and that is about it. Reading reviews usually gives me enough information to follow conversation and to make appropriate noises. Be warned, though – I have no real direct experience with any reality television.

Bearing all this in mind, I picked up Colm Toibin‘s Brooklyn with trepidation. It gathered prestigious literary awards and Toibin is a superb writer. Then the movie came out to critical acclaim. It seemed inescapable for a brief stretch of time. I have very fond memories of living in Brooklyn. Not in the 1950s, but still – more than a few folks mentioned the book in passing. I have yet to view the movie. So bearing full ownership of my irrational reluctance, I settled down to read the novel.

It is really, really good. Toibin writes sparingly and with care. The characters are well-developed. The plot is carefully paced. There are no tricks, no overt drama, no presumption of being more that it is. Its strength is within its focus. In many ways it is a novel with an older, more simpler style – but in no way is it old-fashioned or mannered. All in all, I was greatly impressed.

Who knows, I may enjoy the movie, too.

Perhaps it is not too late for me to learn a few new tricks.

Earlier this week I jogged from the north end of Brooklyn Bridge Park in DUMBO down the Brooklyn side of the East River to the Fairway Market, deep in Red Hook. You may remember the devastation Hurricane Sandy had on this part of Brooklyn. While there wasn’t the dramatic fires of Breezy Point or the loss of life in Staten Island, Brooklyn’s waterfront was hit hard. My run was more exploration than exercise. 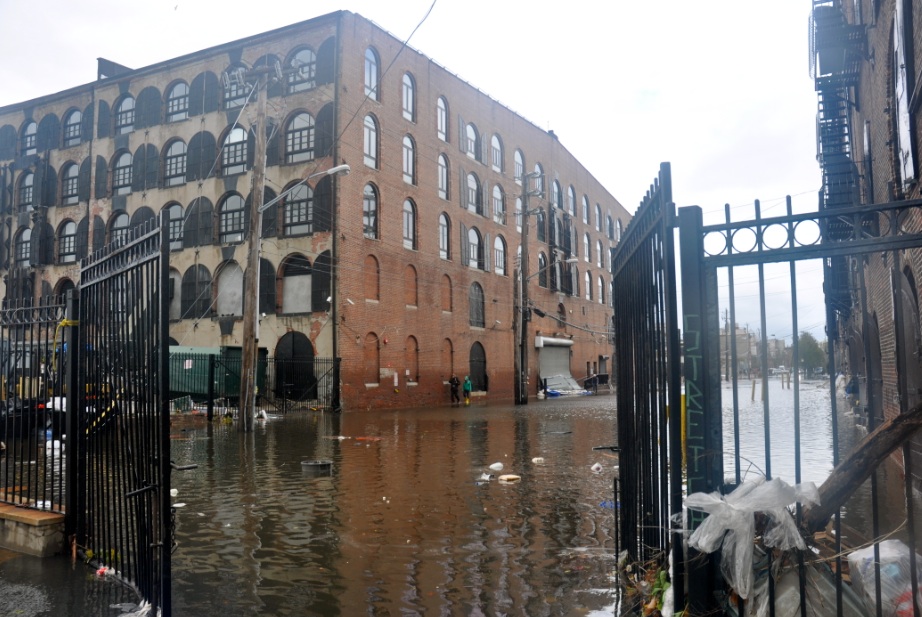 Brooklyn Bridge Park construction is progressing nicely, with playgrounds, fields, and manicured bits of nature among the walks. It’s heavily used, well-planned, and everything that a public park space should be. With strong public and private support, the park was as attractive as billed. What interested me was the industrial, residential, and commercial section south of the park in Red Hook.

Red Hook has long been a neglected area in Brooklyn. Isolated from the rest of the borough by the Gowanus Expressway after WWII, and from much of the economic development during the past few decades, Red Hook has faced serious drug problems and only spotty investment and attention from the city. The situation started changing about ten years ago with many trumpeting the possibilities of the neighborhood. Since, Fairway Market and Ikea have been big box additions with many of smaller businesses and shops providing a stronger sense of neighborhood.  A business development corporation has been encouraging investment and relocation. Through it all, the underlying vision has not been of condos, but of light manufacturing and commerce among updated residential housing stock. Unfortunately, much of that nascent possibility of economic growth was imperiled by the hurricane. In April, six months after the storm, residents gathered to take stock. Three months later I was cheered to see the neighborhood starting to look like the Red Hook I knew a few years earlier – dynamic, gritty, and keen to make money.

Running down Van Brunt Street I saw new restaurants and shops, tractor trailers and smaller trucks hauling, and construction sites, big and small. The Queen Mary 2 loomed along the river in the newly constructed cruise terminal. Steve is still making key lime pies on Van Dyke Street. More than a few distillers are making high-end alcohol in the neighborhood. A high-end hardware manufacturer is in Red Hook. And wandering through the streets of Red Hook, I saw work, jobs, innovation, and above all, opportunity.

There are few sights more encouraging that witnessing an urban neighborhood growing and prospering.