There’s an old-school kind of history book, sweeping and opinionated, that when done well often finds its way to the shelves of more than a few non-historians. These are big and heavy tomes, hundreds upon hundreds of pages, usually about complicated topics or places that defy simple categorization. While appearing to be encyclopedic, if only because of their heft, these histories are in truth idiosyncratic. They tend to drive professional historians, who make qualified and careful arguments, nuts – and not just because of their out-sized sales. These big histories can shape popular understanding and convey arguments about mood, culture and the zeitgeist. They simplify and clarify. This is quite difficult, if not impossible, to achieve in traditional academic history.

It would be difficult to find a better representative of the genre and phenomenon than T.R. Fehrenbach’s Lone Star: A History of Texas and the Texans. It’s massive, unabashedly biased, and beautifully written in many sections. Proudly subtitled “From Prehistory to the Present; The People, Politics, and Events That Have Shaped Texas,” Lone Star is really about the frontier and the “spirit” of white settlers. Theodore Reed Fehrenbach was a Texan, educated at Princeton, who made a career as a writer, columnist, and journalist. The book, written in 1968 and reissued in 2000, is comprehensive in its coverage but its heart is the Republic of Texas in the early 1800s to the closing of the frontier.

Fehrenbach is unconcerned with sources. He avoids charts and historical data, instead telling stories, mostly about men and acts of violence and courage. Maps are few and so, too, are traditional chronologies. This is not the work to ground one in facts or numbers. Instead, Ferhrenbach is after something ephemeral – the historical memory that binds and animates Texans as Texans. He envisions it as a particular kind of ethnic-racial identify, grounded in opportunity, self-reliance, and toughness. For him, these are mostly white Anglo-Celts. Fehrenbach locates this special “Texas-ness” in places and people, and especially at the battle of the Alamo and in the Texas Rangers. It may not be an accurate history of the state, and at times it is frustrating, particularly if you are trying to sort out facts or look at wider issues. The book truly only emphasizes one perspective, and accordingly is missing differing experiences and histories. It is, though, filled with memorable stories and characters.

It’s not a book that I would recommend for everyone. It’s too long and its idiosyncrasies can be jarring to the point of distraction. And yet – even with the bias, racism, cynicism, and sweeping opinions, there is much to admire in Ferhenbach’s prose. He writes with style and confidence. And, as suspect as he may be when it comes to questions of causality and context, the book does put its finger on something different and unique. I am in no position to affirm that he’s accurate, but the book does go far in helping to explain that particular mythos of Texas.

The argument in Gail Collins‘ new book, As Texas Goes . . . How The Lone Star State Hijacked The American Agenda , is neatly captured in the Appendix. Collins reprints a biannual report by the Legislative Study Group of the Texas House of Representatives. Titled “Texas on the Brink,” the report in Harper’s Index style tabulates Texas’s ranking on a host of state by state measures. Key indicators include:

In fact, a ton is wrong with Texas. 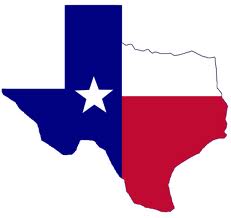 Collins, in her acerbic but jokey style, eviscerates the Texas miracle in this book. She pokes holes in Texas myths, Texas decision-making, Texas culture and Texas politics. It all has a sharp tone, which can grate, but her points are difficult to refute. The Lone Star State is driven by cultural myths that simply do not align with geographic, demographic, economic, or political reality. The state is a mess and doesn’t even know it.

The kicker is Texas’s over-size impact on what happens to the rest of the United States. Blame it on leadership, the Texas committee that recommends textbooks for children,  or the durability of the cowboy and Wild West – Texas generates strong feelings in a way that Ohio cannot. And this would not interest Collins, save for the eerily power of Texas in defining America.

Reading Collins is a bit like sour candy. Tangy, tasty, and liable to leaving you feeling a tad ill if you have too much. Even though she’s funny and right, As Texas Goes  is a bit much for one sitting.